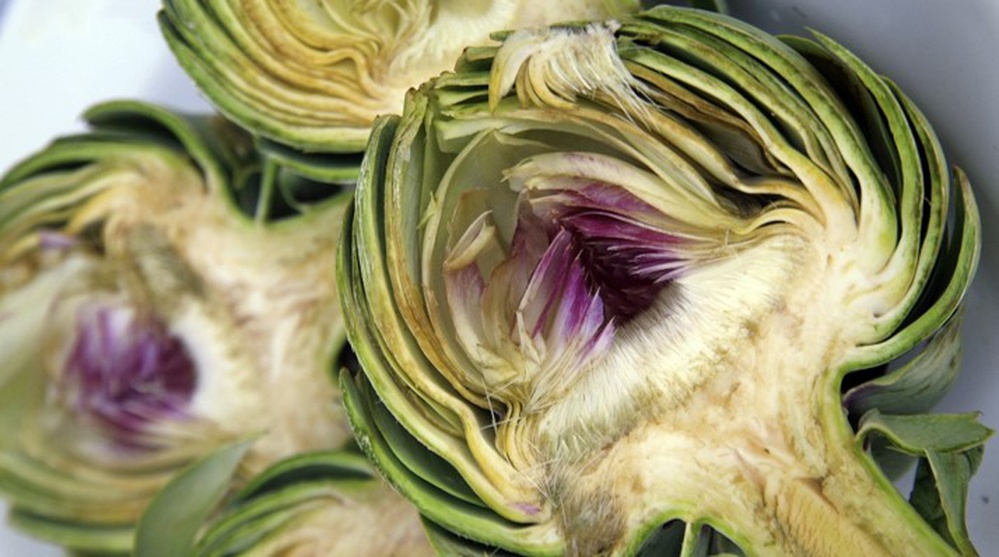 Artichokes make a useful addition to a healthy diet because they are very high in antioxidants. The phytochemicals in artichokes help strengthen the immune system and prevent the oxidation of free radicals that results in damage to the cells and increased the likelihood of debilitating diseases. Artichokes contain the pigments chlorophyll and beta-carotene that account for their frequently observed bright green color. The beta-carotene absorbed by the body is capable of being converted, to vitamin A. In addition, research suggests that beta-carotene may be useful in slowing down the progression of certain types of cancers. Some of the other important phytochemicals in artichokes are silymarin, cynarin, chlorogenic acid, caffeic acid, and inulin.

Flavonoids are the collective name given to a large group of phenolic compounds that plants produce to protect them from fungal parasites, herbivores, pathogens, and cell injury due to the oxidation of free radicals. Silymarin is included in this group, and artichokes are probably the only dietary source of it. Silymarin is a strong antioxidant that animal studies suggest helps protect the liver against cancer and other diseases.

The cynarin in artichokes alleviates digestive disorders, lowers blood cholesterol, and improves clotting time. Chlorogenic acid and caffeic acid, from which it is derived, are potent antioxidants shown to play a significant role in the prevention of stomach cancer in animals. Artichokes are also an excellent course of inulin, which helps keep blood sugar levels from spiking and is, therefore, helpful to diabetics.

A medium artichoke contains only 60 calories and virtually no fat, which makes it a suitable food for reducing diets. Artichokes are also a very good source of fiber and several essential vitamins and minerals, including vitamin C which is yet another powerful antioxidant. A vitamin C rich diet helps keep the skin healthy and builds up the immune system.

Artichokes are very easy to digest, making them an excellent food for patients who are convalescing. Furthermore, the phytochemical cynarin in artichokes increases the production of bile and may thereby alleviate the symptoms of digestive disorders such as irritable bowel syndrome (IBS) along with conditions characterized by poor fat assimilation.

Studies with guinea pigs showed that the phytochemicals in artichokes can alleviate disturbances in the gastrointestinal tract by halting spastic movements in the intestines. Studies with humans have found that artichoke leaf extract can reduce the symptoms of both IBS and dyspepsia (pain the mid-abdomen). However, consult your healthcare practitioner before using artichokes to treat digestive disorders.