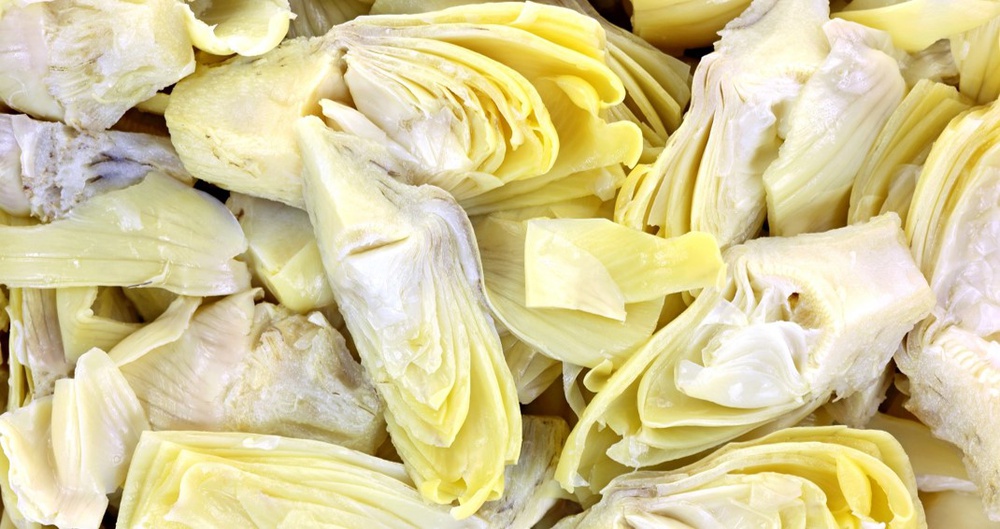 Artichokes can be served as an appetizer, hors-d'oeuvre, vegetable side dish, main course or hot or cold. Artichokes can also be used in soups, casseroles, and salads. The lengthy preparation and eating time of fresh artichokes should be a carefully planned part of the menu and not a spur of the moment decision to include. Preparation and cooking time usually take 45-60 minutes, depending on the size of the artichoke. Artichokes can be baked, grilled, broiled, fried, steamed, and sauteed.

Like asparagus, artichokes are often served in a manner that turns what otherwise would be healthy food into unhealthy food. Adding high-fat foods to serve with a vegetable in heavy, high-calorie sauces like butter and mayonnaise can add a lot of calories. Bechamel (a butter-based cream sauce) or Hollandaise (another butter-based sauce has a double cholesterol whammy of both butter and egg yolks).  Fat-loaded toppings like Mayonnaise, whole milk, and heavy cream, make the low-calorie content go completely out the window. Preparing a low-calorie dip for artichokes can easily be accomplished using a few substitutions such as low-calorie mayonnaise and almond milk with hidden valley ranch dressing. Using low-fat or non-fat salad dressings can also add flavor to the artichoke. Try experimenting with different varieties and brands.

We include these artichoke pairings in the list below because they are popular, but keep in mind that they are not the only way to serve artichokes.

The distinct appearance and flavor of artichokes make them an ideal vegetable to serve on their own either to family or company. But if you want to be extra creative, here are few more ways to incorporate artichokes into your menu.

Although artichokes can be presented along with the main course as a side, more commonly they are served as a separate course. One reason is the extra preparation and eating time, making it difficult to eat other foods simultaneously. A second consideration is that artichokes are not sweet themselves, the cynarin in artichokes, combined with other foods, makes other foods taste sweeter. Even water tastes sweet after eating an artichoke. If you will be eating other foods with artichokes, they should either be neutral-tasting like pasta or have a bold flavor of their own that can still prevail. Since fresh artichokes are time-consuming to eat, they can be very filling, as your brain has time to catch up with your stomach, realizing that it is full.