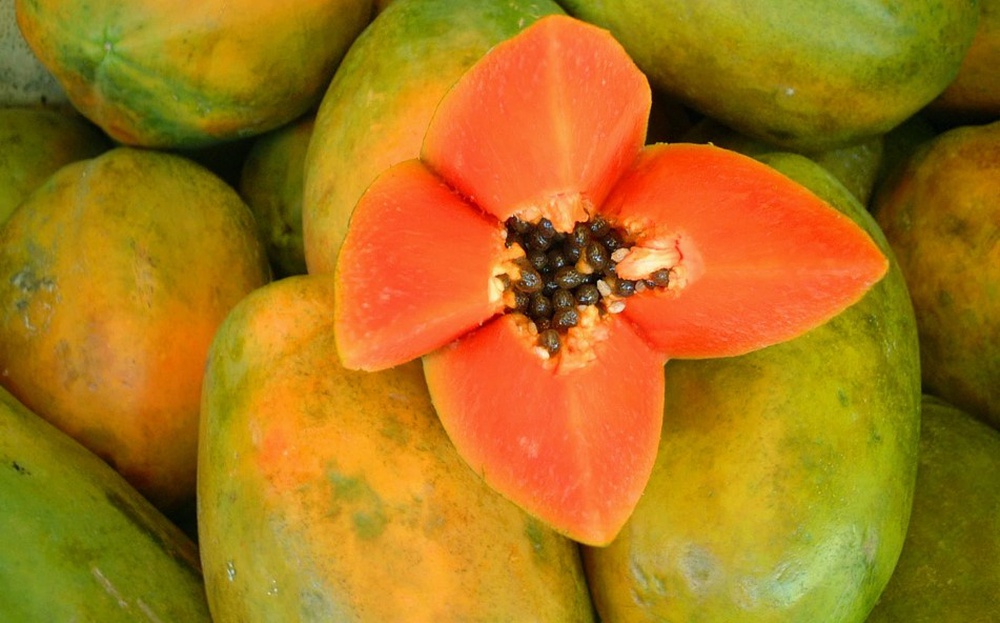 Are you already eating papayas? If not, you should be. Papayas are tropical fruits with an orange succulent flesh that tastes so nice. Also called paw paws, papayas grow from herb-like trees that can be ten to twelve feet tall. The orange color of the flesh is an indication of abundant beta-carotene and beta-cryptoxanthin. Papayas can be eaten with other tropical fruits, including bananas, pineapples, and be added to salad dressings when black pepper is absent.

The “Fruit of the Angels”, as Christopher Columbus once called it, is at the present more than that.  This was a convenient name to use in that era, perhaps, as technology was not sophisticated, to persuade people to eat this cheesy-powder-color-like fruit. But nowadays, people need proof—time tested—to try something new. They just do not believe in sugar-coated and meticulously composed words. They want results, results, which are positively sufficient for their well-being.

Papaya, the “immune-building-antioxidant-pro-digestion fruit”, is no longer just the fruit of the angels. Papaya is proven to have vitamins and minerals, which are highly beneficial to the body. This is not just a beautiful term coined by a famous explorer for aesthetics and artistic purposes. It is a term rooted from many researches and findings conducted by medical practitioners.

Papaya holds the title as the number one fruit. It has the highest content of carotenoid among 39 foods that were analyzed in one of the German studies. It also possesses beta-carotene and beta-cryptoxanthin — carotenoid phytonutrients. The two are converted into vitamin A inside the body, which according to Medline Plus (http://www.nlm.nih.gov/medlineplus), enhances vision and maintains a healthy body. A green papaya or the unripe fruit also contains papain, which may help to digest protein and to have a healthy digestion.

A cheap and healthy fruit, pawpaw is a cure for many diseases and a tonic for good health. And they are easy to pick and eat.  When ripe, papayas are very sweet and nutritious, and they do not have a smell that can indicate ripeness. Instead, pawpaws begin to ripen when yellow patches are seen on the rind. The neck of a ripe papaya remains green, however.  Paw paws are available throughout the year depending on where you live.

Papayas are no exception when it comes to discrimination like human beings having different races, animals having different breeds and mobile phones having different models. Our beloved papayas also come with different varieties. And as time goes by, they are not either exempted from change. As they say, change is the only permanent thing in this world, like the rest, the papayas undergo continuous changes having no permanent stability, changes that make them distinguishable.

When Spaniards took seeds from the papaya plants in Mexico and transported them to the Philippines, Malacca, India and other South and Central American countries, it marked the start of papayas’ long-term development, producing numerous of its varieties just like the old English language originated from Europe, and later developed into many kinds, such as the American English and Australian.

There are two most common varieties of papaya—Hawaiian and Mexican. Hawaiian varieties are more commonly seen in the market and known to come from genetically modified (GMO) seeds. They are pear-shaped fruits with yellow-orange skin and bright orange-gold flesh when fully ripe. Hawaiian fruits are smaller (range from six to eight inches in length weight about one pound), and sweeter than the latter. While Mexican papayas are known to be larger and less sweet, they are still delicious and delectable to eat.

Although GMO papayas are not scientifically proven to contain harmful elements, opting to buy more natural and locally grown varieties is much recommended. Furthermore, approximately 50% of the Hawaiian varieties are GMO. So when buying papayas, it is advisable to examine the fruits carefully and use the above descriptions to separate the GMO from the natural papaya.